Søren Nils Eichberg (b. 1973) has had an opera staged at Covent Garden and three symphonies recorded by the Danish National Symphony Orchestra. Eichberg’s new album includes a selection of the composer’s piano-focused works performed by the pianist Emil Gryesten and friends and the composer conducting himself, each written in the decade following Eichberg’s victory at the 2001 Queen Elisabeth Competition. From the rhapsodic to the cryptic and from the joyous to the cautionary, they present a picture of one of Europe’s brightest young composers in the full flow of inspiration. 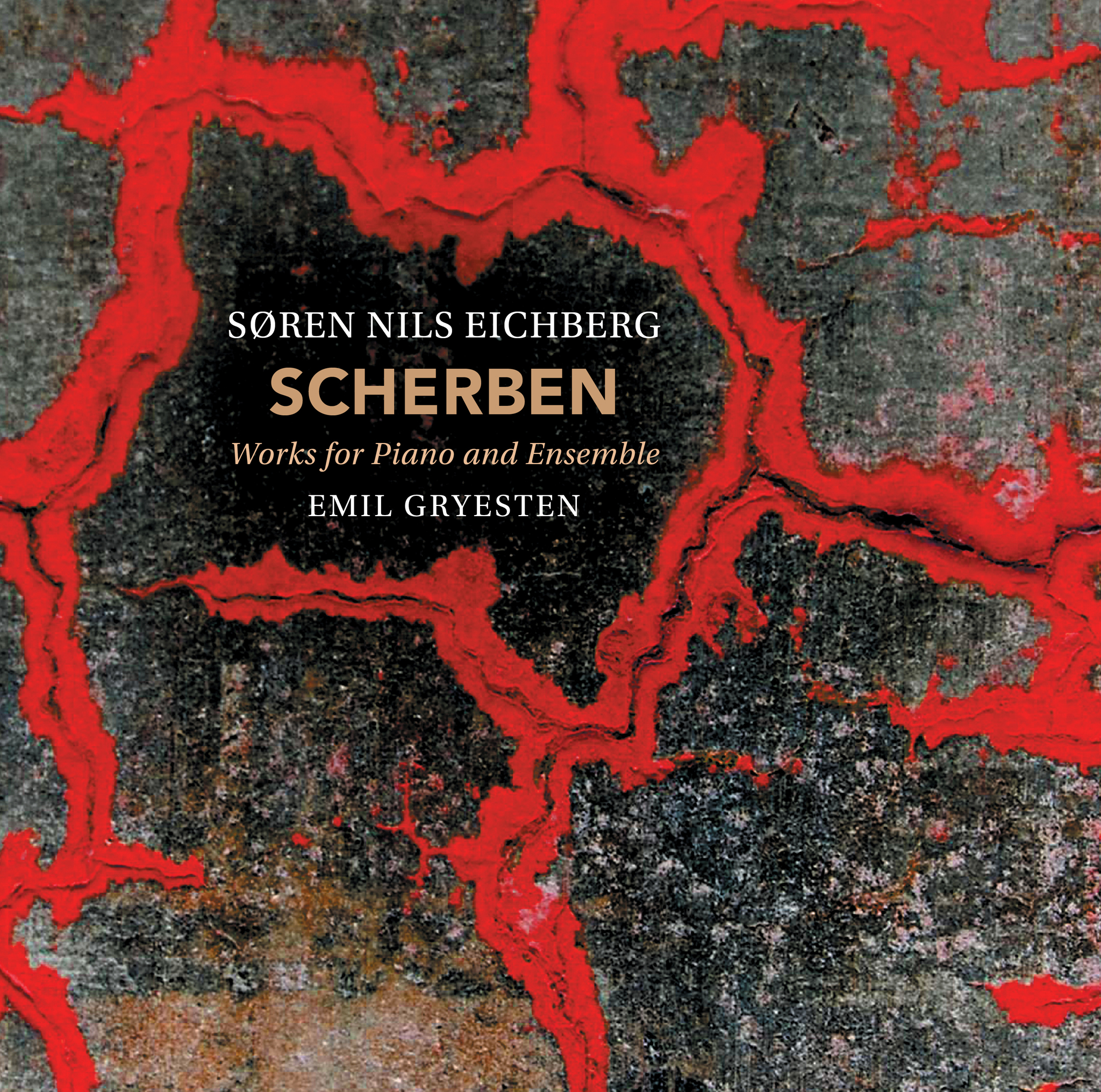 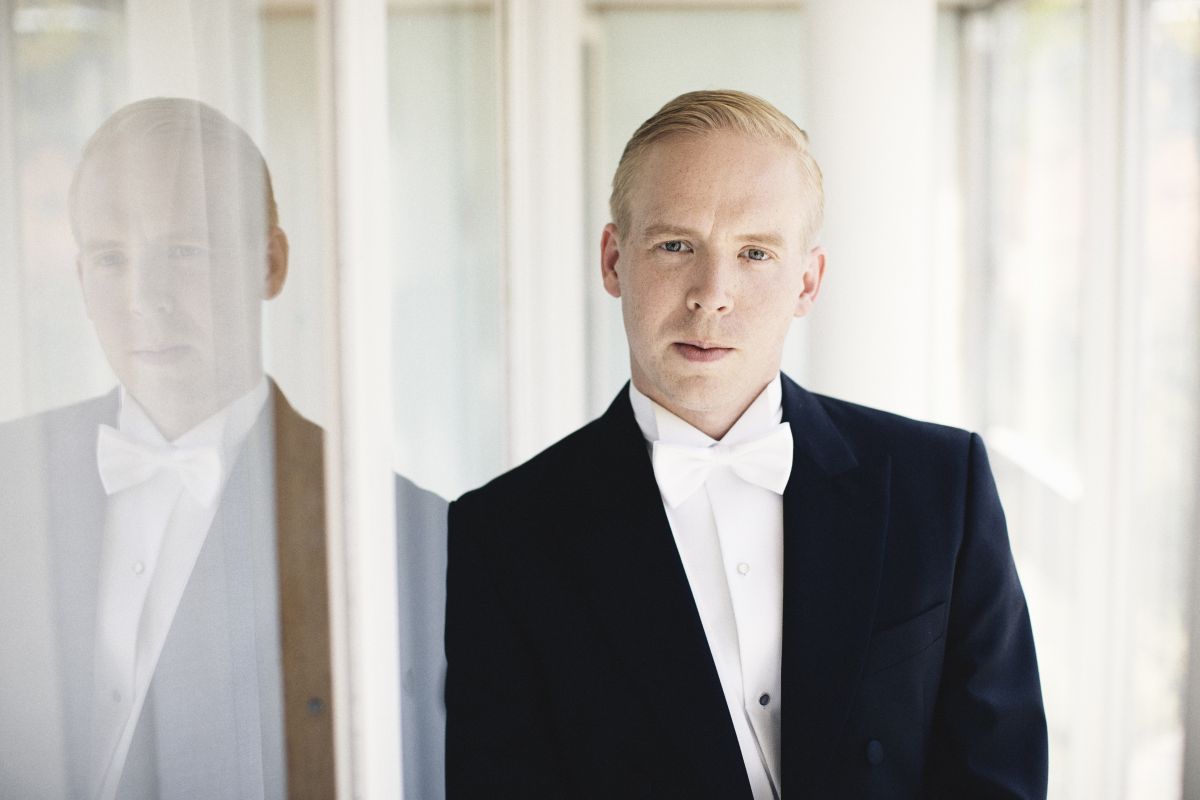 © Nikolaj Lund
The work is a somber lament with a sense of ritual, punctuated by sudden upheavals of remembered terror, based on the form and economy of Haiku
Records International
The material as a whole and its redemption - appear compelling, tight and rigorous, often ominous, violent and mournful
Ivan Rod, Ivan Rod
És una obra d’una bellesa estremidora
Marçal Borotau, Sonograma
This disc [...] is my first encounter with his music, and I hope it won’t be the last
Henry Fogel, Fanfare Magazine
Eine in jeder Hinsicht bemerkenswerte CD!
Carsten Dürer, Piano

"To the Infinitude of the Soul – Skål!"

‘The piano is my instrument,’ says Søren Nils Eichberg; ‘I am led by my fingers.’ His works with piano might chart the loosening of those fingers from formal obedience towards what the composer himself has described as ‘psychological form’: a modernist take on the keyboard fantasies of yesteryear in which emotional intuition underpins progress (a similar shift traverses his first three symphonies, composed 2005-15). Rather than sprawling formlessly, the latest fruits of that journey are guided to their final shape by Eichberg’s growing weight of experience – logical, emotional, dramatic.

This recording, piloted by the two hands of pianist Emil Gryesten, covers piano-focused works spanning the decade from 2002. These were pivotal years for Eichberg, coming directly after his victory in the composing discipline of the 2001 Queen Elisabeth Competition. We hear Eichberg returning to basics: exploring a piano’s sonority (and a pianist’s technique) with a series of miniature character pieces that form more than the sum of their parts (infinitely so, potentially). We hear him riffing on a touchstone of Danish literature via a classic functionalist technique, and applying the same practice to a tradition from Japan. And we hear his ‘psychological form’ in the grip of total inspiration.

The year after Eichberg’s Violin Concerto won the Queen Elisabeth Competition, the composer’s former piano tutor Arbo Valdma commissioned a new work from his erstwhile pupil to be performed during his sixtieth birthday concert at the Philharmonic Hall in Tallinn, Estonia. In Hærværk, Eichberg advanced the idea of metamorphosis established in the concerto, but via a ‘concertino for piano and ten instruments’ that mines almost all its activity from a single ­three-note chord.

That might be described as a distinctly Nordic (and post-Sibelian) technique, and Eichberg took a staple of Danish literature as his inspiration. Hærværk – the word sitting somewhere between ‘havoc’ and ‘vandalism’ in English – is a monumental and semi-autobiographical 1930 novel by the poet and journalist Tom Kristensen. Part Danish Ulysses, part Danish Inferno, it plots the decadent descent of a respected journalist into alcoholism, against a backdrop of Copenhagen in thrall to jazz and in the grip of political change.

Though he concedes that ‘things fall apart’ in Hæ rværk the concertino, Eichberg’s work is less a narrative mirror of the novel and more a response to his memory of reading it at high school (and seeing the central character, as played by the actor Ole Ernst, ‘stumbling drunk around Copenhagen listening to jazz’ in Ole Roos’s 1977 film adaptation). ‘It is always night here, and there is always the sound of music,’ utters the journalist Jastrau in a moment of ­familiar ­oblivion.

There are moments when the jazz in and around Jastrau’s head drifts into focus in Eichberg’s work. Just as prevalent is the feeling of an individual struggling with his surroundings and even­t­u­ally surrendering to the strange joy of inevitable annihilation and the peace that comes with it (the cadenza flails and smashes violently before burning out into silence, a direct parallel with one of Jastrau’s Vesterbro odysseys). As for the three-note chord, an octave spiked in the middle by a diminished fifth, it is heard at various pitches from the start and infests the music from there on. As in his early symphonies, Eichberg takes care to establish this sort of thematic familiarity to the benefit of the listener.

The same year, Eichberg was asked to write the compulsory work for the finals of the Inter­national Piano Competition Ferruccio Busoni in Bolzano, Italy. Concluding that ‘it’s always bad for a piece to be played 12 times in a competition by people who don’t really want to play it for people who don’t really want to listen to it,’ Eichberg took a novel approach. Scherben (‘Shards’) is a ­collection of 19 miniatures described as ‘Etudes-Postludes’, of which contestants could make their own selection and devise their own sequence, thus satisfying the rubric that performances last no more than eight minutes while creating a potentially unique musical journey each time.

On one level, the solution presented the composer with a fertile opportunity to explore colours, techniques and textures – and, in that very exploration, draw on famous precedents from the past. Among his shards we hear hints at passacaglia (No. 1), boogie-woogie (No. 3), ­tarantella (No. 12) and romantic rhapsody (No. 17) but we also encounter challenges to the pianists in the form of displacement (No. 8), pitch games (No. 11) and non-standard scoring (No. 16).

Choosing and presenting a selection was one way of demanding ‘a different kind of imagination from the contestants than just that of the fingers’. But so, reflexively, was Eichberg’s entire conceit, which was designed to last well beyond the lifespan of the competition. As in Chopin’s Preludes or Prokofiev’s Visions fugitives, each shard has a single design concept but each exists fleetingly enough to end as quickly as it has revealed itself.

Rubric exists to be contravened, and Eichberg’s development as a composer has been stoked by his own introduction of disruptive elements, not least that of total freedom from form (or something near it). In 2012, the composer responded to a commission from the Foundation of Prussian Culture and Heritage for an instrumental work taking its lead from an artefact in one of Berlin’s museums (the German capital is Eichberg’s home).

He settled on the bust of the ancient Egyptian queen Nefertiti, from the Ägyptisches Museum Berlin. The composer describes ‘the magical radiation’ of the painted limestone bust, but felt the resonance of the person even more than the object: ‘Nefertiti was the most powerful woman that had ever lived and was described as having a beauty that must have been absolutely ­radiant. There is much mystery surrounding her; we don’t know when or where she died or where she was buried. It is even believed that she continued to reign alone after her husband’s death.’ This resonant but ultimately unspecified legacy, with the evolution of his ideas about psychological form, prompted Eichberg to follow his nose in the creation of an unregimented piano work. ‘I wanted it to flow freely,’ he says, developing ‘from what I felt were the music’s own impulses.’

We hear the magnetic allure of Nefertiti in the music’s surface glisten; the piece exists as if under the spell of another being, working itself up into reality and present-tense before retreating again. Nefertiti’s legend lingers, even after Eichberg’s musical monument has stopped sounding.

The strange human urge to self-destruct as recounted in Hærværk remained a theme for Eichberg and was a central tenet of his Symphony No 1, Stürzten wir uns ins Feuer. In between those two scores, the composer created a piece which again reflected the ‘havoc and violent death’ craved by Ole Jastrau but in this instance, thrust unwilling upon one nation by another, and on a scale unimagined: the dropping of the atomic bomb on Hiroshima. The Piano Quartet ­Natsukusa-Ya was composed for a concert dedicated to the victims of the bombing and premiered in 2005, the sixtieth year after the event, by an ensemble led by the Japanese concert­master of the Berlin Philharmonic, Daishin Kashimoto.

Eichberg’s starting point is a haiku by Matsuo Basho (1644-1694): Summer grass alone / Remains as faded trace of / Ancient warrior’s dreams . ‘After the fighting and battles, after all the vanity of humans, nothing remains except for grass,’ reflects the composer. As in H ærværk, he established a delimited space for the piece: the form of the haiku (seventeen syllables, divided 5-7-5 across three lines) and its poetic concept of juxtaposing two contrary but interdependent images.

That tight economy of material – the idea of 5-7-5 controls intervals, harmonies and rhythmic patterns – doesn’t preclude Natsukusa-Ya from conjuring a wide, open space from the beginning, perhaps because of those ‘open’ fifth intervals that form the work’s initial portal. The piece has the feeling of a lament, one interrupted by the memory of violence but infused with a very Japanese sense of ritual and order, which apparently emerges from within.

Recorded at Studiescenen, the Royal Danish Academy of Music, Copenhagen, on 4-5 July and 25-26 August 2018

Special thanks to Jens Elvekjær and Preben Iwan

This release has been recorded in cooperation with the Royal Danish Academy of Music, Copenhagen