Christian Westergaard
Jacob Gade, who wrote the world-famous Tango Jalousie, was one of Copen­hagen's leading conductors. In his waltzes we hear the sound of the 1920s and sense the mood of the days when every proper restaurant had its own orchestra. Gade was also a pioneer of cinema music, and his Kino-Musik gives a complete impression of how motion pictures were accompanied in the Golden Age of the silent film.
Buy album 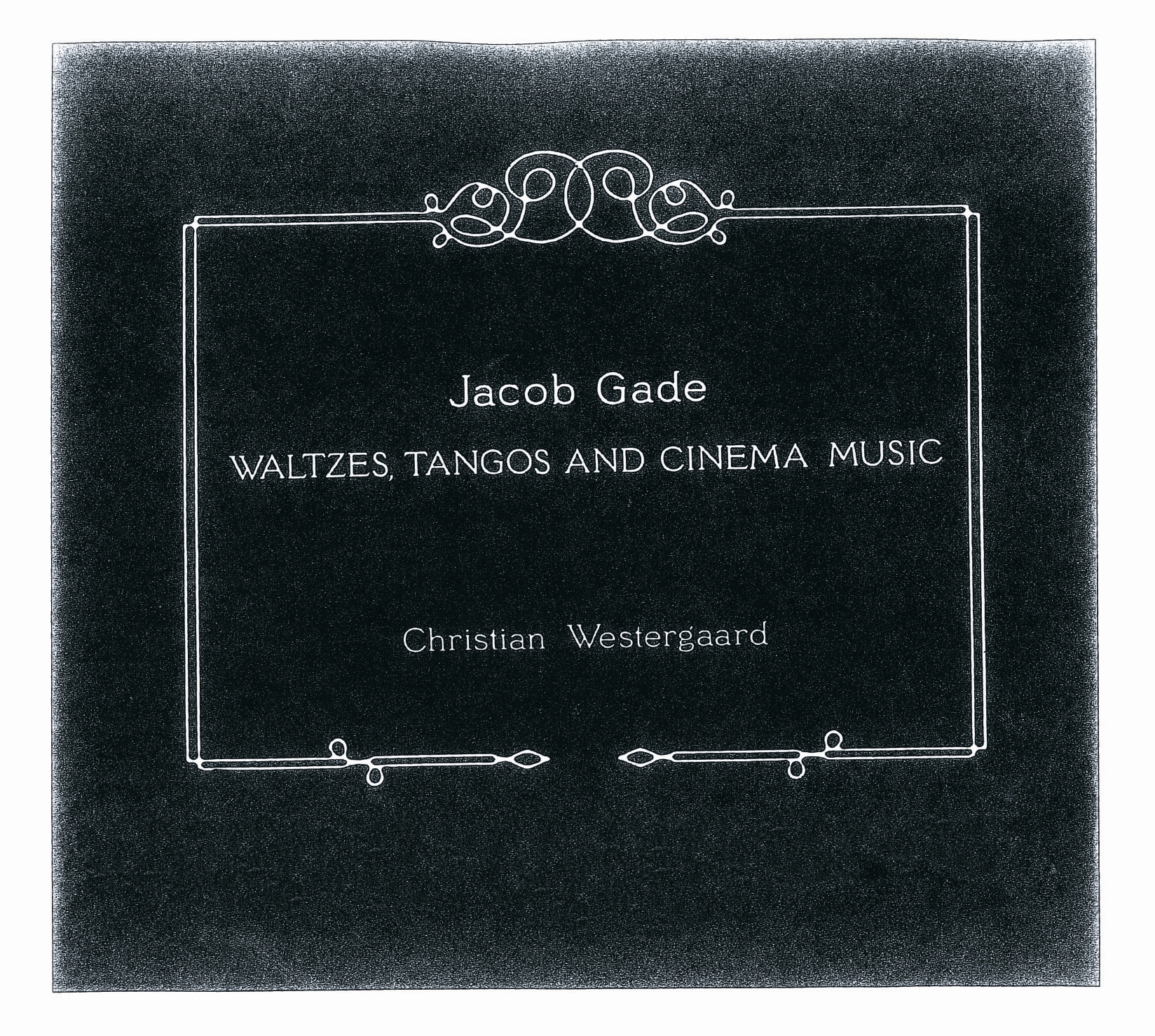 Jacob Gade (1879 -1963) grew up in the Danish city of Vejle, where his father had the title of director of music, but also taught music, tuned pianos and as a sideline ran a music shop. The father, like the grandfather before him, had been a fiddler and dance musician, and Thune, as Jacob was called then (it was his middle name) played along from the age of five (!) at the weddings and birthdays that came along. His father played the double-bass and trumpet and was the leader of the orchestra. He did so in top hat and handlebar moustache, but also with a schnapps or well laced coffee near at hand. When Thune had to demonstrate his abilities on the violin for his grandfather, he won high praise: Buy him a pipe and tobacco. If he can play like that, he can also smoke!\\ The advice was followed, and throughout his life Jacob often had a cigar or a cigarette hanging from the corner of his mouth. Jacob Gade mastered both the trumpet and violin, and his upbringing rather resembles that of another world-famous composer from the island of Funen. Like Carl Nielsen he ran away from home and from the dance music. He went to Copenhagen, and at the age of fifteen Jacob had to toil away at whatever casual jobs he could drum up as a musician. He often slept on staircases or the like and knew all about hunger and the humiliations of poverty. The musicians' union in Copenhagen did not accept mere youths as members. As a ‘cowboy' he could get short-term engagements in pubs, but after the hard start he gradually succeeded in establishing himself as a musician, and soon afterwards also as a bandleader on the Copenhagen entertainment scene. Jacob Gade was a mainly self-taught but able violinist, and at twenty he was engaged by the orchestra in the Frederiksberg cabaret-restaurant ‘Lorry'.

But the Palads Theatre was no concert hall. To create the proper mood of romance, eeriness, idyll, or whatever was needed, Gade had to organize the film music. He himself said of this special technique: \\I have it [the film] run twice for me. The first time I simply note the broader lines, how the moods and emotions change and succeed one another in the images. Then I go home and find the music that fits on the one hand the different milieux, and on the other (and especially) the emotions. Then I watch the film once more, and while it runs I note how long the various sections last. After gathering together the music I think I should use, we have an orchestral rehearsal\\.

Gade also gave accounts of \\special effects\\ such as the sound of a waterfall, the thundering of guns, or a rushing train; and the percussionists of the orchestra had to conjure all this up. Often there was a need for more flexible adaptation than existing music could provide, so Gade also wrote four collections of utility music, Cinema Music I and II (1921) and Cinema Music I and II (1926), which with flexibility in the compositions could be shortened and extended as required. In the cinema music, under the general description agitato and with the same music, one could find underscoring for things like attacks, fires, confusion or fights. The collection from 1926 is performed here in its complete version for solo piano, but the many movements were also orchestrated in their time (by Alfred Pagel). After the last piece Jacob Gade wrote Storm scene: \\Free after Rossini\\.