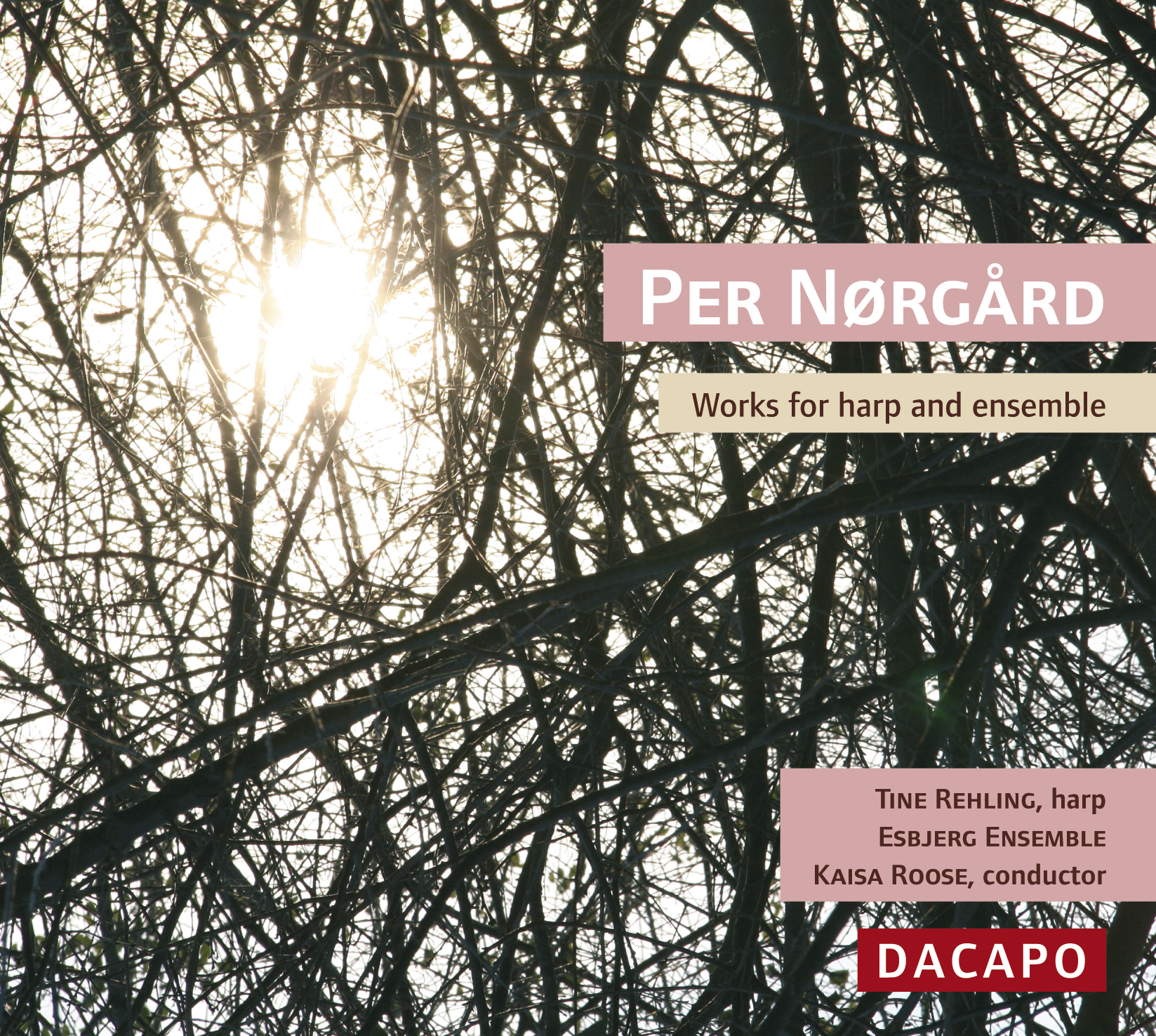 Through Thorns from 2003 is a kind of harp concerto with flute, clarinet and string quartet. The title refers to the hymn Maria gennem torne går (‘Through thorns the Virgin Mary goes') and its last words: ... then roses blossomed forth among the thorns". The roses are in other words those that blossomed at the birth of Christ.

The work is in one movement and also has the by-name "Passage" - an almost humorous interpretation of music that is about going through something. But also a fascinating echo of Nørgård's Sixth Symphony from 1997-99, which was in fact in three ‘Passages' - not movements.

In the lovely Consolazione from 2002, too, there are roses - the subtitle is "As a Roselike Flower" - not wholly coincidentally. For it is one of the ‘satellite works' spun off from the work on Through Thorns. It is unlikely that one will recognize many notes from it. On the other hand the work is a little closer to their shared progenitor, the old Flos ut rosa. Incidentally, note the beautiful, almost Baroque-like sensations of major and minor towards the end.